In July, Peter and I went to the Tatras to see the new Katarzia route. Unfortunately, overnight we got x2 times more precipitation than yr.no, meteoblue and other servers predicted. And even those "few drops" were only supposed to be 50% prediction. The morning was even wetter than the evening, so we didn't even touch the wall. I mean, we could have, but there was no reason to. First of all, it was completely wet and therefore impossible to climb. Secondly, Daniel Woods showered with gloves on to avoid softening his skin. So if my feet were going to be sore from hiking up the wall and back down again, at least I wouldn't make the tactical mistake with my skin... On the way down, Peter incidentally showed and recommended to me the Titanic route to Ostrva.

In the meantime Peter had climbed the route with another Peter. Peter No. 2 wants to go back, so I still have a climbing partner called Peter... We arrange a date, but just before the trip I have to cancel because of work. What now? The weather in the Tatras is supposed to be ideal. At the same time, it's supposed to rain at the Mountaneering festival in Teplice. It's almost half the distance to the Tatras than to Teplice. 2:0 for the Tatras it is. I'm not looking for a last-minute climbing partner, as I've been looking for a suitable target for a roped solo for a long time, and the last unlucky visit to the Tatra Mountains gave it to me. The difficulty is not beyond my limits, but I wasn't too keen to on sight it. Apart from climbing difficulties, roped solo has its own specifics that complicate or make the ascent more difficult (which is what happened with a short anchored rope). Luck favours the prepared and in the end I managed to climb the Titanic 9- route OS. The individual lengths are classified 6, 8+, 8-, 9- (the authors of the route are Rado Staruch and Martin Varga). 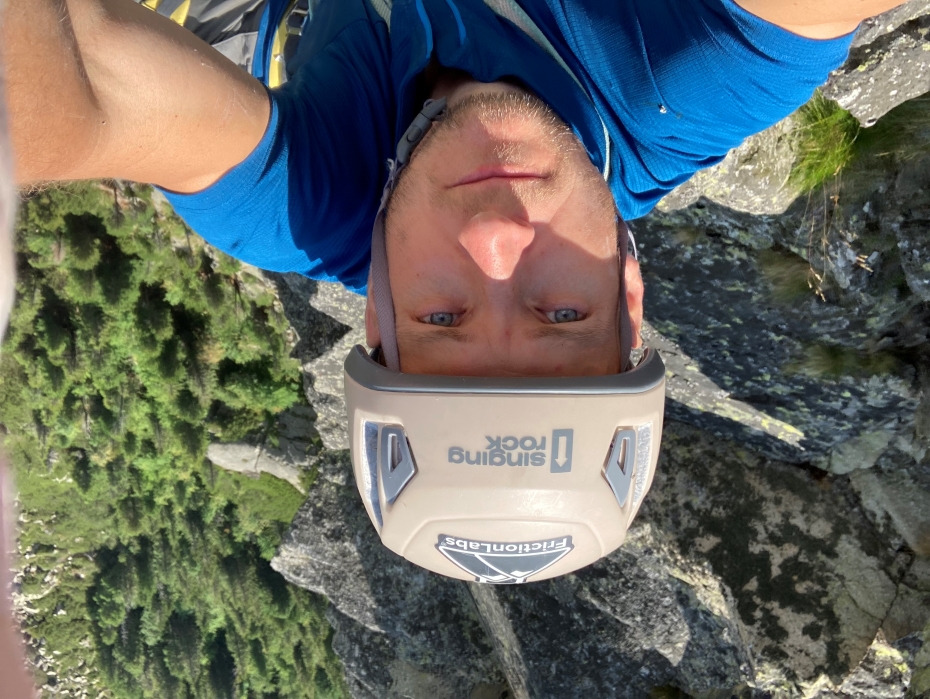 Peter and me agree on another date to go to Katarzia. And again, he has to cancel. What now? Plan B again? Not that I hadn't thought of it, but, after all, 10- is a bit of a bigger fish. For a roped solo. I mean. To be more specific, for trying to get through the route in this way. I did manage to climb the three-pitch Zvon 9+/10- last year ,, but I've climbed that route before. So I knew the steps and physical difficulties of the route, as well as the un/safety of each pitch. Climbing Titanic gave me a bit of courage, so I went more or less on  a hike, as the weather was supposed to be luxurious. In the morning I cycled to the chalet at Popradské pleso. And then I went hiking with a double backpack under the Volia tower (there are as much equipment for a solo as for a climbing with a partner, except for one extra jumaring kit, but there is no one to put half of the material in their backpack...). That day I climbed the first pitch and fought my way up the second hardest pitch and then I tried the moves. I didn't get any further. I didn't have the strength or time. The next morning I had to be in Prague. I came back two weeks later, because even though there was no ambition to climb the third and fourth lengths (and, from my point of view, there was none there even for some time afterwards), I wanted to get a feel for them. And especially that first try was an amazing psycho-hygiene, so I went there primarily for that reason. 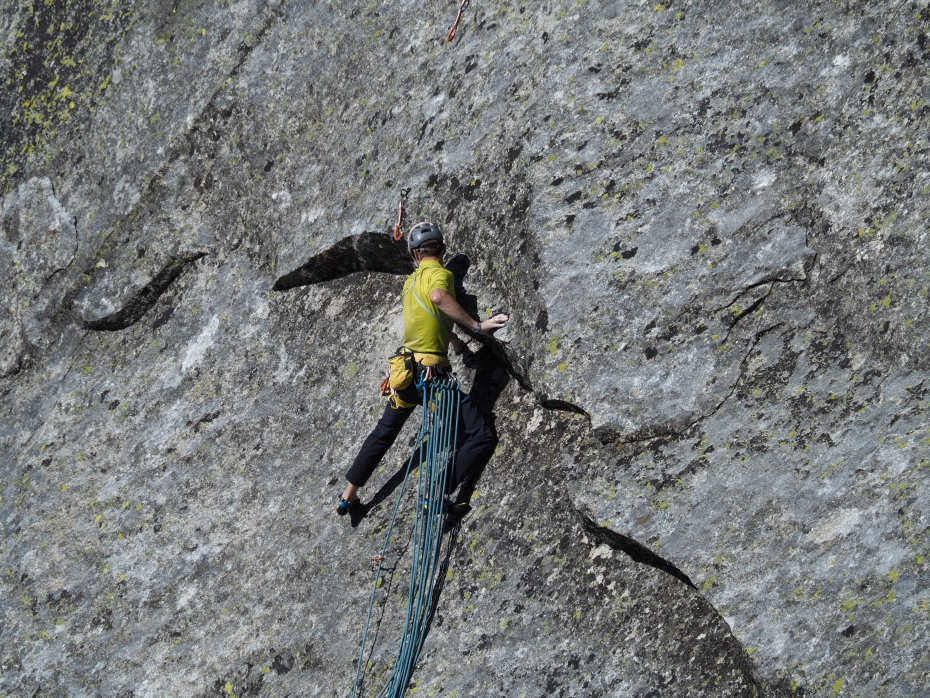 It started snowing in the Tatras in September. So what now? Slowly, but unfortunately very slowly, the snow melted. When things started to look up, I flew to Mallorca in October for a long-planned DWS trip. Paradoxically, I went soloing like I wanted to, but somewhere else than I would have needed to at the time. But the conditions in the routes I wanted to try were not ideal due to humidity or cloudiness. I'll make a long story short:It was mentally challenging. And for my fellow climbers, too, as it was taking quite a toll on me... Luck again favoured the prepared and I managed to climb the route by Chris Sharma to Es Pontas on the penultimate day. No, not that 9b... However, this one is crossed by his other route Minitas 8a+ (S2), no less spectacular on an impressive rock arch sticking out of the sea on its own. Here the circle could be closed, as I've wanted to climb this route for a long time, or rather I didn't manage to climb it on my last trip due to the conditions (and of course the strength involved...) and as I enjoy DWS as much as roped soloing. After all, there are more than enough parallels between these disciplines, and they would make for a separate article. 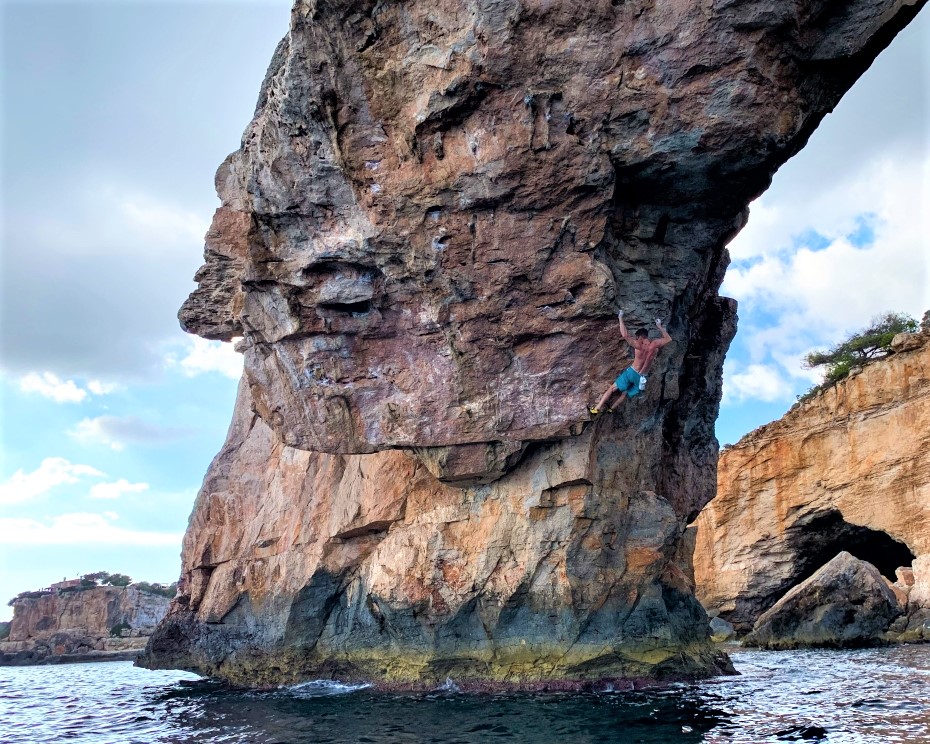 Just after returning from Mallorca it looked like the last chance to climb in the Tatras. So despite the lack of time and energy I set off. It was a bit of a cramp, but I had to... And I made a very good attempt. I even climbed the key boulder, but the rope snapped and despite the slow release of the belay I did not stop the mini pendulum in the slab. I bumped my finger in the fall, so I didn't push it any further. In the following days it was snowing again. Then I caught a quality combination of viruses from the kids at school and daycare. Great. However, I "discovered" in the forecast the second "last" climbing day in the Tatras. So I bought some cough and cold drops and headed out. This time really for the last time. Luck again (for the third time) favored the prepared and on November 13th I managed to climb all the lengths of the roped solo (all at the first attempt) of Katarzia 10- on Volia Veža. The route is by Martin Medvid and Michal Pleidel with individual lengths graded 7,10-,9-,7+. I couldn't have asked for a more epic ending to this year's solo trilogy... 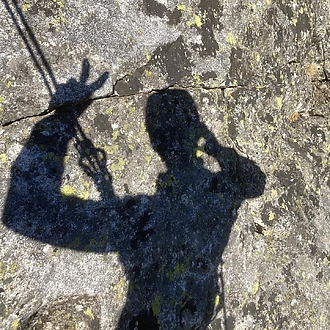 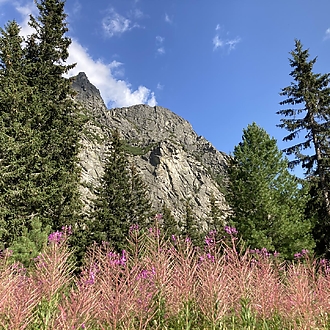 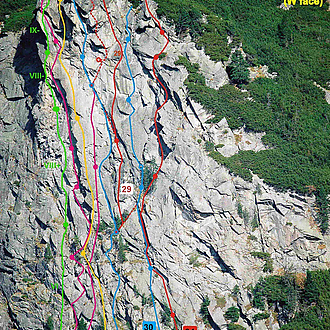 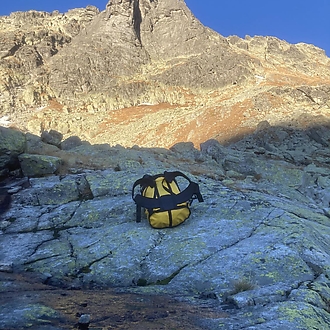 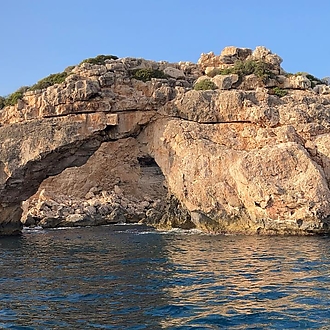 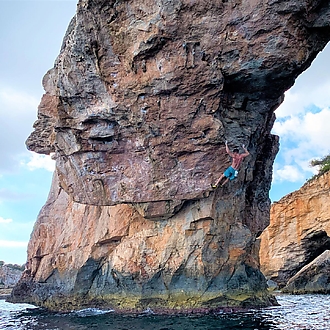 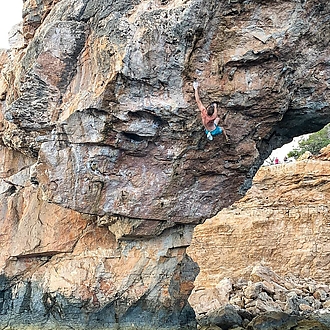 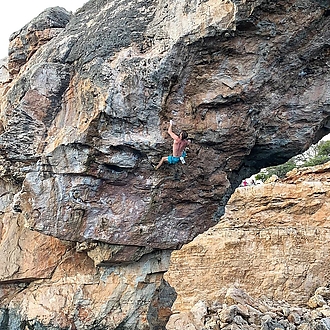 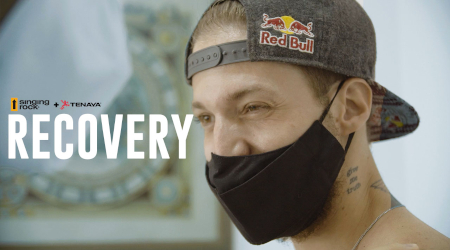 One day you're up, the next you're down... Check out Felipe Camargo's short story about returning to climbing after a serious injury. 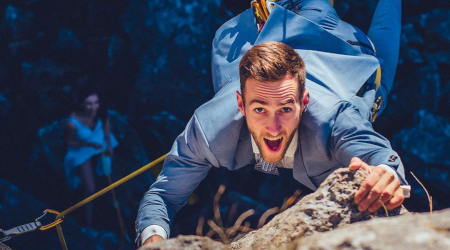 SINGING ROCK celebrates the 30th anniversary and on this occasion we announced a photo contest for vouchers for climbing equipment with a total value of 1600 €!  Check out who won.