SINGING ROCK introduces the 3rd generation of LUCIFER and FAKIR crampons for ice climbing and mountaineering. We asked the developer Martin Horák, their “father”, how these crampons differ from the previous generation.

What is the main difference compared to the Lucifer II and Fakir II crampons?

During the development process we focused on the weak spots of the previous generation of the crampons. The Lucifer III crampons have adjustable length of the front point, three different positions of the toe bail and the narrowed toe, so that they fit perfectly on modern narrow climbing boots.

As for the Fakir III crampons the biggest change may not be noticed at first glance. The design was changed in order to achieve higher endurance and longer service life. Excessive use together with softer hiking shoes may cause fatigue failure of a crampon’s frame. Before we modified the design, we performed dozens of computer simulations and cyclic bending tests. Now the crampons are more resistant and lighter than the previous model.

Does that mean a crampon may break?

A common user is not very likely to experience this. But yes, it may happen if a crampon is used frequently on a softer shoe. This issue has been often reported to us by rentals and ice climbing walls where crampons are used by many various users. But in fact, all you need to do is to check the crampon regularly. Fatigue failure does not happen all of a sudden. First a small crack occurs, which gradually spreads until the whole part breaks. Besides the change of the design, we also replaced the center bar of the Fakir III Classic crampons with a flexible center bar FLEX from spring stainless steel, which better adjusts to soft soles of hiking boots and absorbs part of the load.

I noticed that the center bar is now the same as it was with the first generation of the crampons. What was the reason behind this change?

How else is the 3rd generation of crampons different from the previous models?

Apart from the different design and weight, which I have mentioned earlier, we also modified the BOUNCER anti-snow plates. They are now made from a more flexible material which retains its properties in temperatures deep below zero. Thanks to that the anti-snow plates work better and last longer. The FAKIR III Tech and LUCIFER III Tech models also allow replacing the front toe bail with the SKI toe bail for skitouring boots or the SEMI-CLASSIC toe bail for shoes with a groove or welt only on the heel.

Are these spare toe bails included in the package with the crampons or do I need to buy them separately?

We were considering the option of including the spare toe bails in the standard package. But in the end, we decided not to. This was mostly because we wanted to keep the price of the upgraded crampons the same as it was with the previous generation. You can buy the spare toe bails, as well as other spare parts, at reasonable price, though.

And what if I own an older model – is it still possible to buy the spare parts for it?

Yes, we are still offering the spare parts for the 2nd generation of the crampons and we will keep them in stock until they are sold out.

And the last question: Can you tell us where these crampons are manufactured?

The crampons, as well as the ice axes, are produced here in the Czech Republic, in our metalworking factory in Sudkov. 23 years ago, the very same factory started manufacturing the known Raveltik ice axes and crampons. 10 years ago the factory beacame a part of Singing Rock and since then we have been manufacturig our metal products there.

Thank you for the interview. 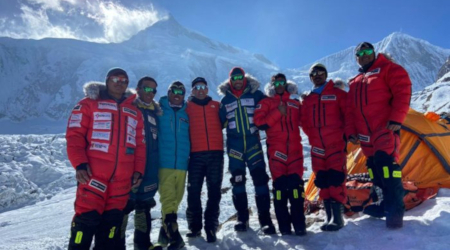 At the beginning of the year, the expedition to Manaslu was successfully completed, which took place completely in the winter period. 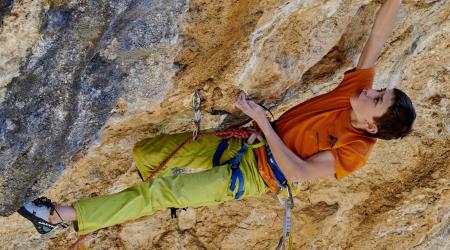 We welcome a new and so far youngest member of our climbing team. He is Josef Šindel, who recently sent 9a+ at the age of 15.