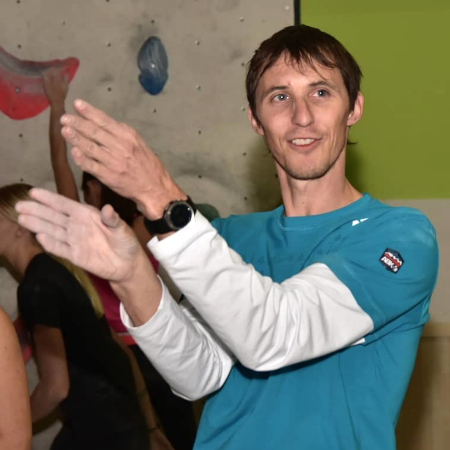 What do I enjoy about climbing?
Everything. I like traveling to remote places, searching for rocks, getting lost and finding myself again. I like company of other climbers, but most of all I like to climb. While moving up I like to disconnect from the real world and just enjoy the movement. I really like getting pumped and fight until I can’t hold anymore and then take a big flight as a reward. I was never obsessed too much with finishing the routes. Actually a big fight means a lot more to me than those 2 seconds of happiness while clipping the top. Still, sometimes is good to send something :-)

How did I start with climbing?
When they build a climbing wall in my school I decided to go and check it out what they are doing. Since then I didn’t want to do anything else. Since two trainings a week were not enough I was also climbing traverses on a ruins of a castle and other rocks I found in a forest above my home. I think there was not a single wall in my town that I would not try to climb on it.

Other interests?
After my motorbike accident I was not able to climb for a while so I started with mountain bike. Luckily I was living in Tržič between the mountains and everywhere you go you have to go up on a steep roads. Perfect to destroy yourself on a way up and then downhill was a completely other fun part of the story. While doing that I accidently learned also to fight over the limit and not give up as soon as I got a bit tired. I could see the body is capable of going much further that head tells him. Very useful in climbing as well :-)

Favourite climbing area?
Hard to choose. Best climbing style for me is definitely Oliana. In Siurana you have many different routes and next to it is Margalef which offers lots of fun as well. So Catalonia would be my 1st choice since there is also many less known spots around and enough climbing for a long time. But Slovenia is also not so bad with Istria not far away. I can’t say no to a trip to Greece in Leonidio or Kalymnos but there is so much more. I like to travel. And everywhere I go I will enjoy it to fullest, get bored and start searching for some other place. I think I would never be happy with climbing all the time just in one perfect crag. For me traveling is part of climbing so I guess my favourite climbing area would be the road.


The most impressive climbing experience?


After a bit more than a year of rest (because of motorbike accident) I had to start climbing again from the beginning. Friends I was climbing with before were not even warming up in my projects. But for me was impressive, how quickly I could progress and with all that motivation I was soon joining them in their projects and become even better climber. Who knows, maybe without that restart I might not climb anymore today? No I don’t think so :-) But for sure I learned a lot from it.

Plans for the future?
Since I remember I wanted to onsight 9a. Hope one day I will see that day and if not I will be just enjoying while trying. I would also like to do some 9b since I got close already with few of them but had to stop trying for some stupid reasons. I would like help others to achieve their climbing goals. That is why I started with coaching so I can transfer all my precious knowledge to others who would like to become better climbers.

Climbing in 100 years?
I hope gravity will still exist since without it our sport would be kind of boring. I will be still climbing in rocks. Rock climbing and competitors will go more separate way, more and more humans will be climbing just recreationally and only few will push the limits up to 10a+. Singing Rock will invent floating harness which will allow you to climb without a rope as high as you want and in a case of a fall from any height it will slow you down and land you safely to the ground. 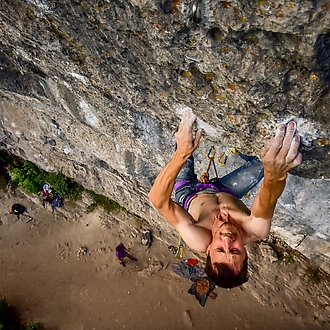 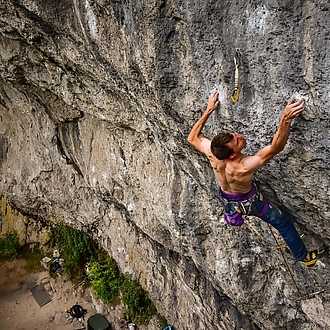 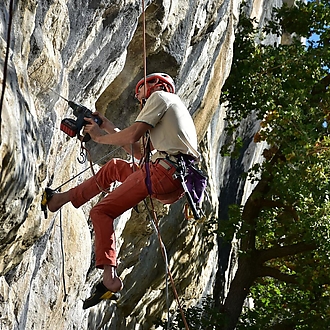 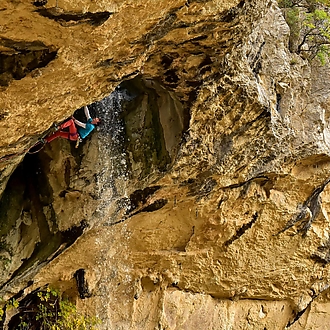 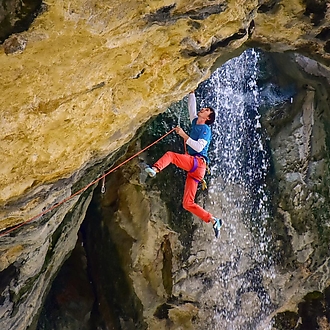 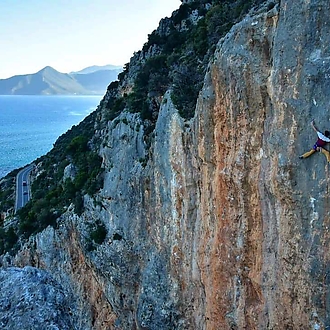 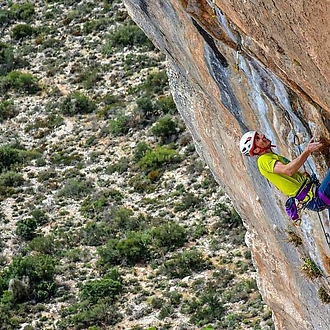 Articles, videos and links about Klemen