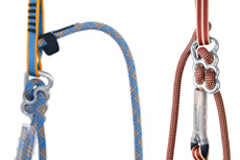 As you are maybe aware, the recent situation on the via ferrata sets is very tricky based on the actions of different manufacturers, who replace their sets on the market from different reasons.

In spite of the fact that new (not used) Singing Rock rope friction via ferrata sets fully comply to all requirements of current valid EN standard (EN958), its behavior during the lifetime may differ with the level of wear.

We have made the series of the tests of rope friction via ferrata sets different stage of wear. Extremely worn sets show a significant increase of the impact force. At the same time the strength of laynards may decrease to the extent, which may lead to complete malfunction of the set.

Safety of users is our priority, thus Singing Rock is acting proactively in this matter.

If you own some of below stated types of via ferrata sets, you may ship it to our address (Singing Rock, Poniklá 317, 514 01 Poniklá, Czech Republic) or to our sales representative in your country.
Your set will be replaced by tearing type of via ferrata set with lanyards based on following conditions:

Please, have a look at SINGING ROCK VIA FERRATA STATEMENT (data from April 2013) to get the detailed information about your via ferrata set. 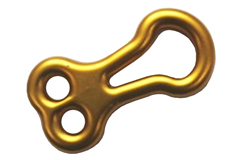 For type A the tests performed proved quite a big instability of the impact force measured at dynamic testing according to EN958. Thus we have never used such solution at Singing Rock products. 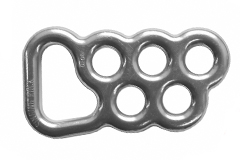 Type B give better stability of impact force results for brand new sets as well as the used or aged ones and we produced these sets till July 2009.

In 2009 we have found the solution of tearing webbing, which shows much more stability of the results of impact force through its lifetime and we stopped production of rope friction via ferrata sets completely.

If you have any questions regarding the rope friction via ferrata sets, please, contact us via email info@singingrock.cz or by phone +420 481 585 007.

As said above, this voluntary replacement action is a reaction on recent situation of via ferrata’s sets on the market. We apologize for any inconvenience but once more safety of users is our priority.